“She's a pretty girl, She don't know how it started, She made a movie, He almost remembered”Three Minute Boy 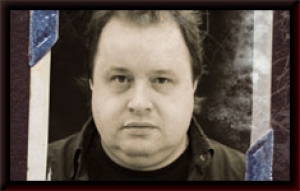 Band Member Journal :
Well we're about to start rehearsals for the "Marbles" tour - wish us luck! The last couple of weeks we've been traveling around the world for the playback parties. Pete and I managed to get the US trip which was a lot of fun. It was really nice to see some familiar faces and hear such enthusiasm for the new album from the people there. It made a nice change to have the time to chat with people which is not always the case when you're on tour. We'll hopefully return to the US in October for a couple of weeks of shows.
The album campaign is building momentum and with the single about to come out we hope to see more exposure in the media than we've had for a long time. It's amazing what we've already achieved with the help of our fans and makes my appreciate exactly how lucky we are to have such support. I've just heard Bob Harris give "You're Gone" one it's first plays on Radio 2 - he mentioned the amazing response he always gets from the fans whenever he plays Marillion.
Steve