“Heading West and climbing, In that place the sun never stops shining..”The Sky Above The Rain 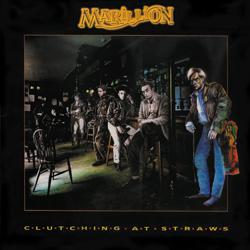 There's a photo on the mantelpiece, when you bought your first guitar
And your girlfriend came to see you when you were the rising star
You knew your luck was holding when you filled the local hall
The first time and the last time that you thought you had control

Now you're touring stadiums, you've let it go too far
Standing with your manager, your back to every bar
Burning all your credit cards, chopping out the pain
Crowding into toilets with a host of your new-found friends

It was eyes down in the parlour, they prayed it wouldn't rain
A brother pulled his cuffs down to hide the blue-black vein
His razor'd more than lines out, they found him just too late
The final performance, the main man lies in state

Somewhere in a tenement, in a well-thumbed magazine
Someone finds a photograph that triggers of a dream
The uniform that symbolises the comfortable life
He's always known his luck's in but now he's found the drive