“This love, This inconvenient, blind, blood-diamond This puzzle I don't understand...”This Strange Engine 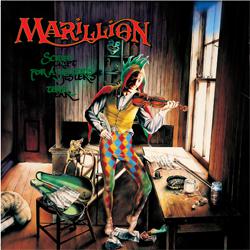 Armalite, street lights, nightsights
Searching the roofs for a sniper, a viper, a fighter
Death in the shadows he'll maim you, he'll wound you, he'll kill you
For a long forgotten cause, on not so foreign shores
Boys baptised in wars

And so as I patrol in the valley of the shadow of the tricolour
I must fear evil, for I am but mortal and mortals can only die
Asking questions, pleading answers from the nameless faceless watchers
That stalk the carpeted corridors of Whitehall

Minister, minister care for your children, order them not into damnation
To eliminate those who would trespass against you
For whose is the kingdom, the power, the glory forever and ever, Amen
Halt who goes there, Death, approach friend

From the dole queue to the regiment a profession in a flash
But remember Monday signings when from door to door you dash
On the news a nation mourns you unknown soldier, count the cost
For a second you'll be famous but labeled posthumous