“Taste it like you never tasted it before, Try and forget it, So you can remember it...”See It Like A Baby 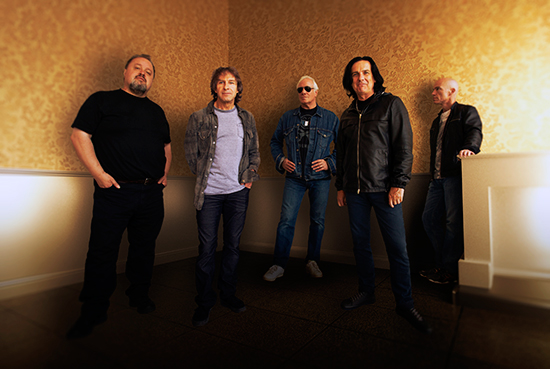 Better late than never - Happy New Year to everyone.
So it's 2016! A big year in the offing for us.
We're now back in the studio developing the song ideas for M18 (which is still available to pre order at www.pledgemusic.com/marillion). We begin the new year in good shape, listening to the 6 current contenders currently working-titled:
The Leavers 14m 26sec
El Dorado 12m 18sec
Class 4m 58sec
Things Buried 3m 53sec
New Kings 16m 30 sec
Melt Our Guns 5m 20sec
If you can add, then you’ll see there’s already an hour of music on the boil. The time references are current song lengths but will lengthen or shorten depending upon creative decisions currently being taken. It’s also possible that songs will be subtracted and added to this list. Song titles may also change, so don’t write to us asking where things came from and went to!
We have another two or three strong ideas queuing up for development which we are on course to have ready for the “backing track final performance” stage which will take place at Peter Gabriel’s “Real World” studio in late February. It’s all coming together nicely now.
Tour dates are starting to take shape - head over to www.marillion.com/tour for details. We are adding dates for UK and Europe over the next few weeks so keep checking back.
In the Spring we will also be announcing the dates and venues for the Marillion Weekends for 2017, which will go on sale this Summer.
So our plan for this year seems to be - finish the new album (and give it a name!) and then go tour in as many countries as we can. We feel the tour for the new album will run well into 2017, then we are planning the Marillion Weekends, and then more touring. Phew!
Thanks to everyone who bought the new DVD 'Unconventional' - we have had some great reviews so far - watch this short video to see more https://vimeo.com/149435860. We are very pleased with the job "Toward Infinity” has done in producing this for us.
2016 is going to be a great year.
Thanks for being part of it.
h, Ian, Mark, Pete and Steve