“Drive the road to your surrender, Time comes around... out of my hands...”Afraid of Sunlight 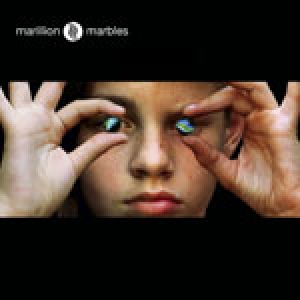 Original Campaign Merchandise Details and Prize Listings : 15 September 2003
Every time you buy a piece of Campaign Merchandise you will be automatically be entered into a free prize draw to win one of the following great prizes.
Profits from Campaign Merchandise sold on or after the release date of 3 May 2004 are no longer being used for the promotion of the album. Purchase of ex-stock Campaign Merchandise no longer entitles purchaser to Super Ticket draw.
The Super Ticket
This is the prize of a lifetime for one Marillion fan. Here is your chance to win two concert tickets and backstage passes to any Marillion gig on the forthcoming 2004 tour. Not only that, but we will pay your travel and hotel expenses for two people, so if you live in Australia and want to go to a gig in Holland – well now’s your chance.
Runners-Up Prizes
In March 2004, we will be holding listening parties around the world to allow fans and journalists the chance to hear the brand new album! These will be held in the following countries and each one will be attended by a member of the band: USA, Canada, France, Germany, Holland, UK, Italy, Spain, Sweden, Poland
There will be at least 200 places up for grabs at each event. Winners will be notified by 9th February 2004.
Competition details have changed as of 27 January 2004 due to venue availability, and promotional decisions made by the band.
Super-ticket & runners-up prize competitions have now closed.
The Golden Mug
There will be 10 ‘Golden Mugs' packed with the Marbles Album Cover coffee mugs, and randomly selected and shipped with any mug orders. If you are lucky enough to receive one of these mugs you will be able to exchange your golden voucher for your choice of one of the following: Sound check passes and tickets for the gig of your choice; Marillion Personalised Gold Disc; a Marbles press-pack - complete with signed photos, promotional items, and a collection of Marbles merchandise; a personalised Marbles tour crew bowling shirt.
We have verified that all 'Golden Mugs' have now been shipped, and prizes have been claimed. This competition is now closed.