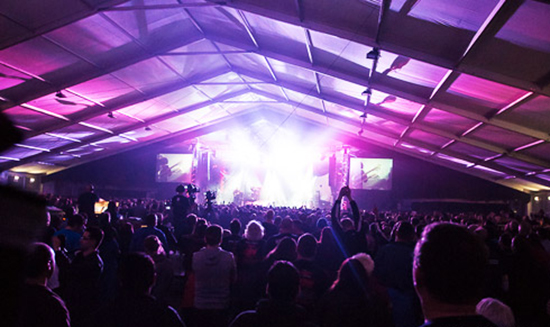 We received this from a fan and we think it sums up the essence of Marillion.  Thank you to Aidan Campbell...

"You are now part of the Family and there is no turning back"
"It starts with hearing the name. You have heard it before but you are not sure where.
Maybe you read it in a magazine a few years ago. Maybe someone mentioned it and you overheard. You see the name on a compact disc in a shop. You decide to buy it. You take it home and play it. You love it but you are not sure why.
You find out they have a website. You order all the studio albums. They arrive quickly so you decide to order some t-shirts and a couple of the live albums. You are impressed with what they sound like live.
You find out they are releasing a new album. You can pre-order it several months early. You get your name on there. Even better, it is a double album.
You wait patiently for it to arrive. You listen to it and it is the best thing you have ever heard. They have now become your favourite band.
You keep looking at the website and receiving emails with news. They are playing in the same country as you. You travel several hours to get there but it is the best gig you have ever seen.
You talk to a few people there. It is all quite formal. They say they have been a fan since they started. You are impressed but you don't really care as you are a lot younger than them and it is not your fault.
You go back home and tell your friends. You play them the album. They smile politely but you know they are not really interested. You don't mind as you know you love them and who cares if your friends don't.
A couple of years go by and you have still been playing the music regularly. You find they are releasing a new album. It is excellent but not as good as the double album. You know that this is because they set the bar too high.
You find out they are playing in your hometown. The venue is just a short walk from your home. The performance is fantastic and the new songs sound great.
They release another album a year later. It is another double album. It is so much better than the one before.
They are playing in your hometown again. This time you decide to take your partner. She enjoys it but hates standing.
Another few years later and they have a new album. They had a tough time making it so you know it is going to be good. You are relieved to hear that they finished it and did not spilt up. You can order this in advance too and get you name in the book.
You listen to it and absolutely love it. It is surely the best thing they have done in years.
You receive an email from them telling you they are playing 3 nights at a venue you saw a band at and was really impressed by. The second night is one of your favourite albums but not one you can play much as it is too intense. You decide to get a ticket as the last time you saw them was in a venue that did not do them justice.
You get there and there are people that know you but you don't know them. You ask them your name and it all clicks. You have been talking to them online. These are your people. You hug and chat all weekend and spend the evening watching a fantastic performance of one whole album not just a few songs.
You go back home and tell your family and friends. They think you are mad for spending all that money but you don't mind. You saw a band you love performing songs you love and you met people in person for the first time who you love.
You are now part of the Family and there is no turning back."