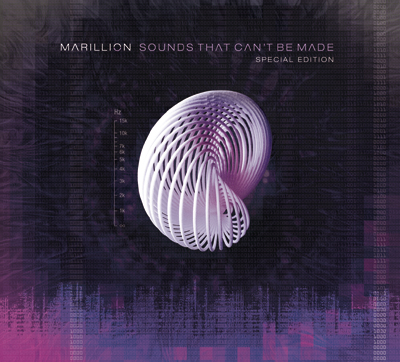 We are pleased to announce the release, on Pre-Order, of a new Special Edition 2CD version of Sounds That Can't Be Made which is due for release in November.

This release contains the full album plus a bonus disc featuring 3 tracks recorded for RTL2 radio on 17 January 2013. The 2 live tracks are taken from a forthcoming 'Sounds That Can't be Made' live DVD release due out in 2014.
Also included is a special demo arrangement of 'Lucky Man'.