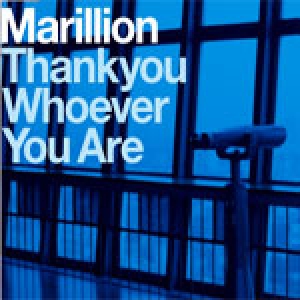 Marillion's Next Single is Available to Pre-Order!
The next single from Marillion's new album Somewhere Else will be released on 11 June 2007.
The double A-side of "Thankyou Whoever You Are" and "Most Toys" will be available in 3 different formats, and there will be 2 brand new Marillion tracks ("Say The Word" and "Circular Ride") plus a live cover version of Britney Spears's "Toxic" from Marillion Weekend 2007
The singles will be in retail shops throughout the UK and Holland from the 11th June release date - BUT! you can get in early, as both HMV and the now-familiar Townsend Records both have the singles available to pre-order.
If you live outside the UK or Holland and still want to get hold of the new tracks, both HMV and Townsend Records will ship world-wide, so there's no worry of missing out.
If you DO live in the UK or Holland, you'll want to make sure to head down to your local retailer during the week of release to pick them up (but - as we would hate to be accused of trying to fix the charts - it is a free country and you can do what you like when you like and buy as many or as few copies as you like!)

Somewhere Else Tour News
The band are playing their final 2 shows in Europe before returning home for a short 4-day break... The shows are going down very well, and most European dates have only a handful of tickets left - to find out where Marillion are playing next, take a look at the full remaining tour dates
UK tickets for most gigs are still on sale direct from Racket Records - but all are running dangerously low. The final night of the tour on 16th June at the London Forum is nearly sold out ( there are still a handful left for the Friday) - but due to an unexpected curfew change, the doors will now open at 6:30, with Marillion expected on stage at 8:00.
We'll see some of you in just a few hours in Utrecht, and the rest of you over the next month!