“Air full of signs and strange magic, Planets aligned in warning...”The Other Half 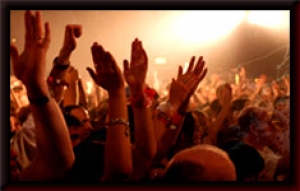 After one of the worst day's in recent history for Britain, we need a bit of good news. And this is about as good as it gets. The G8 announced... A doubling of aid which adds 50 billion dollars a year - 25 billion of which is for Africa.
The firming up of the historic debt deal which cancels 100 percent of debts to the 14 poorest countries in the world. And a commitment to stopping damaging trade export subsidies in December at the world trade organisation meeting. In real terms it means this...
600,000 people per year will now not die of malaria.
5 million AIDS orphans will be taken off the streets and looked after.
20 million children who have never had the opportunity to go to school will now go to school.
By 2010 they hope to have anti-retro viral drugs available for every person with AIDS in Africa.
And by 2010, they estimate 10 million people who would have died - of AIDS, of malaria, of polio, of TB - will not now die.
The commission for Africa which was the costed plan for Africa, has to a great extent been delivered. No G8 summit has ever done as much for the world's poor.
Thank you. You were great.
Marillion