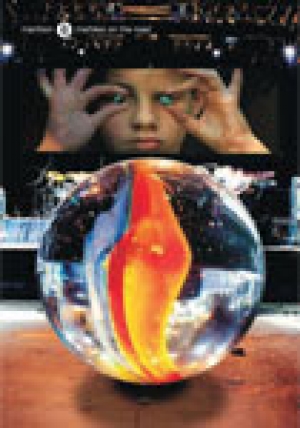 The Damage - Download single - available from 11 October 2004
Marbles On The Road - Live DVD - UK Release 18 October 2004
Marillion are known for the relationship that they maintain with their fans through their website (www.marillion.com). Continuing this love affair with the internet, a live version of 'The Damage', recorded at The Astoria on July 11, will be available from www.marillion.com from Oct 11th. With the download chart now being recognised by the music industry this looks likely to give Marillion their 3rd chart hit of 2004. The single will be available for just 99 pence.
Filmed on 10th and 11th July at the Astoria in London, the 'Marbles On The Road' DVD captures the band in fine form at the end of the first leg of their Marbles World Tour. As well as the majority of their latest album Marbles ("Marbles is a wonderful thing" - Classic Rock), fans are treated to stunning versions of former favourites including Cover My Eyes and, perhaps more surprisingly, The Uninvited Guest. The extras include behind the scenes footage of the Marbles EPK and promo videos for Marbles' 2 hit singles 'You're Gone' and 'Don't Hurt Yourself'.
This is the first new Marillion film-piece to be released commercially since 1990. Specifically recorded for a DVD release the concert sound is mixed by Michael Hunter in both 5.1 surround sound and 2-channel stereo. The DVD Extras and additional material is provided as stereo-only. The DVD is presented in 16:9 format, is available in both PAL and NTSC formats, and is multi-region.
Track listing (Total running time: 134 minutes):
The Invisible Man
Marbles I
You're Gone
Angelina
Marbles II
Don't Hurt Yourself
Fantastic Place
Marbles III
The Damage
Marbles IV
Neverland
Bridge
Living With the Big Lie
The Party
Between You and Me
The Uninvited Guest
Cover My Eyes
PLUS DVD EXTRAS
Marbles EPK
You're Gone (Promo Video)
Don't Hurt Yourself (Promo Video)
MARBLES ON THE ROAD
Bernard Law, Rock Society, January/February 2004
Releasing their first commercially available film since 1990, this DVD captures Marillion at London 's Astoria on two nights in July this year, specifically the 'Marbles' album. As you'd expect it is very atmospheric stuff, and both the band and the fans seemed to revel in it. Some of the more arcane moments of the album appear to make more sense for the viewing, and it is all very impressive. There are also some intriguing performances of older material, including 'Cover My Eyes' and 'The Uninvited Guest'. There are the usual sorts of bonus material too. All the members of the band have their opportunity to shine, and sine they do, but the busy Mark Kelly seems particularly impressive. An excellent release
MARBLES ON THE ROAD
Guitar Techniques, April 2005 (4 out of 5 Stars)
Taken from Marillion's concert at the London Astoria last July, this mainly concentrates on the new material from their Marbles album. Curious subject matter perhaps, but it offers the usual musicality and mood changes at which the band excels. The band are all on top form here and guitarist Steve Rothery puts in a fine performance, particularly on Don't Hurt Yourself, Fantastic Place, and Cover My Eyes. The sound quality is absolutely superb, although at times there is just not enough stage lighting to make this a visual delight. A little editing would improve the pace too, but it's all here, and honest, and that's worth a lot. All in all, a very good show.