“When the darkness takes me over, Face down, emptier than zero...”Neverland 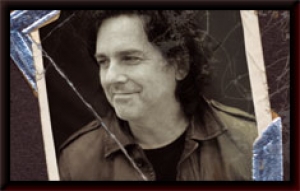 Band Member Journal :
We've been playing marbles in the capitals of the western world.
Exactly a month from the first show in Netherlands. I saw the special double album package of "Marbles" yesterday and I'm here to tell you that EVERYONE'S going to be knocked out by it. By the time you read this you may well already have your copy. I think it's worth the money WITHOUT the music!
I just got back from 3 weeks whizzing around Europe (while Pete and Steve visited New York and LA). We've been playing marbles in the capitals of the western world, and it's been going down very well. (96 interviews in Europe in 3 weeks) Everyone has a great feeling for this record, and the journalists present seemed to respond very positively also.
There's a great feeling in the band at the moment - one of anticipation, pride, and the thrill of knowing we're about to embark on the biggest tour for years. Dates are set for Europe, Eastern Europe and Scandinavia. American dates are looking likely for September-October and there's a real chance that South American shows will be confirmed, too. (Nothing's confirmed just yet, though, so you'll have to watch the website for the REAL information!) This suits me down to the ground. I've waited a long time now to return to the tour bus, the open road, and the international family. Maybe we'll even be embarking on this tour with a single in the charts! Funny old life..
I'm currently trying to learn how to play the guitar (again!) so that I can help out with the live parts.. Not sure I'm cut out for it, but I'll stick with it. Also going to the gym so that this tour doesn't kill me. Next week we'll commence rehearsals and try to remember how we played all these songs in the first place - it was so long ago that we've all forgotten. We'll also have to decide which songs from the back-catalogue to play. The feeling is that it'd be worth exploring a few rarities..
I'm even going to be in and out of Radio 2 during the coming weeks.. Blimey - I never thought I'd see the day. I never thought I'd live this long either..
See you on the ice, at the picnic, down the stony alleyways, in the dirty air of your neighbourhood, under the sun..
Whoopee etc.
h