“All these years, Truth In front of my eyes, While I denied, What my heart knows was right...”Neverland 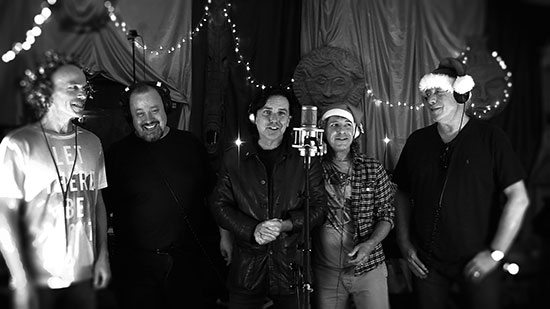 October then! I have ordered my vampire teeth in readiness... Today the band will meet up at the Racket Club as usual to jam, as we have been doing for the past few weeks. We are at the "interesting things happening fairly often" stage of the jams. It usually takes a few weeks to get here but once we do there tends to emerge one "keeper" each day. By that, I mean a musical accident which may well find its way all the way to the next album. We'll continue this way until next summer (with a break for the 3 Conventions of course) at which point I imagine we'll begin arranging what we have into songs.
We are planning to release a Christmas album this year - a compilation of all the loopy Christmas freebies we have put out in the past, along with a new song - our cover of John Lennon's classic "Happy Christmas (War is Over)" which we're currently overdubbing. This afternoon I'll be recording some hammered-dulcimer and maybe a balalaika. Looking forward to that... I randomly discovered this morning that "the best guess for the date of the birth of Christ is 14th of May in 6 B.C."! If anyone out there has proof of this, could you send it to me please. I'd be delighted to move Christmas to my birthday and reinstate Yule in its place.
I also have to shamelessly plug Volume II of The Invisible Man - my diaries from 1998 to 2014 - to accompany Vol I already released 1991-97. I believe the preorder for the HARDBACK edition will go live at midday on Monday 6 October. Volume I was somewhat oversubscribed so get in early if you want to be sure to get one. We are to print 1000 copies of the hardback in the hope of cutting down on hate-mail! Volume II will be officially released on November the 17th
And while shamelessly plugging, there are still tix left for my h Natural show at St John The Evangelist Church, Oxford on Saturday October 18 and for Lisbon on Saturday 25th October. I believe the Cavern and 100 Club shows are sold out. Thank you Liverpool and London. x
See you soon then, loves, and failing that, perhaps December on tour with the band
h
x
http://www.marillion.com/tour
Steve Hogarth 'The Invisible Man' Diaries Vol 2 1998-2014
Direct Shop Link (Paperback): www.miwkpublishing.com
Direct Shop Link (Hardback): http://www.miwkpublishing.com