“Watchin the people on the street today, Such a lonely sight...”Map of the World 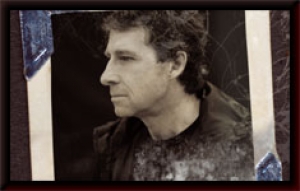 Band Member Journal :
Spring has sprung and I've just about recovered from that mad weekend we had. As well as writing with Marillion, I was supposed to finally get together with John Mitchell this weekend, but alas, he has the flu - according to the note I got from his Mum, that is. So I won't be seeing him until his band, The Urbane, support us in Holland. Worth a listen by the way - one of the reasons I want to work with him is that it is not what you would expect from the guitarist from Arena.
Did anyone catch the two or three sessions we did on Radio for the Live album? I thought the acoustic version of 21st century worked well. I personally think we could do more of them - if you can think of a good DJ in your area, let us know!
I have recently been whiling away in my back room at home, working on some of my own songs, and developing ideas for what I hope to be a solo album one day, although, I'll probably end up with enough songs for two. I keep writing things, not quite finishing them, and carrying on with new idea's. Mainly because that is easier than finishing off what I have. I am getting about 10 of the songs into some kind of demo stage, at which point I'll have to work out how I want to record them. Ideally I want to play all the instruments and do all the programming, as I feel I work so much with other people, it would be nice just to have my own music for a change.
The Transatlantic Live Bridge Across Europe DVD is still in the editing / making it sound and look good stage, and should be out towards the end of the year. However there will be a documentary Making of the Bridge DVD/Video which should be on sale before the summer. We will obviously let you know when you can order that.
The question it seems most people want to know of me is, "Are their any plans for another Transatlantic studio album?" The answer is "Not in the near future." I personally would like to have a couple of years just really concentrating on Marillion as this is very important to me. We - like yourselves - feel that there is a buzz we're creating here, and we should keep it alive. I also know that Mike feels he cannot put any time in to Transatlantic for the near future as DT is very busy.
In the mean time, I'll leave you with this thought.........
Can you guess what Barry is up to next........?
Pete